Hey Everyone!! It’s my birthdaaayy🥳🥳 I’m officially a TEENAGER✰ I’ll be writing all about how my day went by, so let’s get into it!

(my birthday was on the 14th of august)

I made a birthday blog diary last year as well, if you’d like to check it out here are the links to both parts:

My friends from ZCC and I counted down to 12 am – it was AWESOME and we even had a short call! They all made me this really cute card:

Thank you SO much – it’s so adorable🥺💗

The alarm didn’t ring this morning, we were planning to visit a place with a small river, so we woke up an hour late – still, it was pretty early so we got Oreo his food, and got inside the car to drive there! It was already a great day for me, cuz I got to listen to my Taylor swift/one direction playlist the whole ride.😄

We got there after 30 mins, and got in the water. it was so fun!! Oreo got in too, once but I guess the water was too cold for him, plus he’s never been swimming before. (even if dogs have that natural instinct to you know, swim.) he was scared a little bit, so he got out.

A short while after, my sister (Ruby) gave me a present! It was a box full of handmade stuff, it was really nice – I even got a coupon book with coupons for things like: Movie night with the movie of my choice, chores pass, a foot massage😉

We got back at around 10 am, ate breakfast – which was sandwiches. They were really good!😌 I wanted to make a birthday vlog from morning to night, just for fun (I won’t be posting it anywhere) so I started to add the clips that I had filmed earlier into one video and started editing. I’m ✨

I watched TV for a while, hanged out with Oreo, answered phone calls and just ✨chillaxed✨ for a few hours. My mom was taking me to a hair salon later to get a 💇‍♀️hair wash. We left at 1, and I actually ended up getting not just a hair wash, but a 💇‍♀️hair spa – it sounds very fancy but it really isn’t.😆

It legit took up around 2 and a half hours, so I just wanted to leave at a point. But the results were pretty good, I guess. We went back home, I read a book, recorded more clips for my vlog and ate lunch! Ruby made noodles😋 After that I listened to music.

Then, I got phone calls from my friends saying they could come over!! I was so happy because when I asked they earlier, they said they couldn’t come. So I waited for both of them to come over, and Sana came first, at around 5 pm. She even baked me a cake! it had OREOS on top.

I opened the presents she got me, which was a lot (thanks so much – if you’re reading this, i seriously love the 1D stuff you made me🥺💗) She MADE most of them, which was awesome! Sana’s really talented and artistic, so I wasn’t surprised. I was SO happy when I saw one direction themed presents, like a key chain, a poster and a resin bookmark💖😁

She also painted a pretty blue butterfly, wrote a LETTER, and gave me a bottle of jelly soaps (they were really cute) a couple hours later, my other best friend, joys came!! We cut the cake that my mom made, then Sana’s – it was REALLY yummy. especially the oreos. 🤩

I opened joys’ present, it was a Ruffpad, where you could write, doodle, draw and erase it, and reuse it again. I’ve actually been wanting one for a while, I was so happy!!😍 She also gave me a handmade present, which was a glass jar filled with colorful crushed orbeez with my name in the center.🤗

We all had such a great time!! We took a bunch of pictures, which I WON’T be adding here, for reasons. (no face reveals until after 5 more years)😝

I was sad when everyone was leaving, but – I was glad atleast they could come over. I then cycled over to my grandparents’ house and they gifted me the second book in the KOTLC series!!

Right now, I’m sitting in front of my computer, smiling at the screen, reminiscing the whole day. it really was the best birthday yet. I’m glad it was a pretty productive day as well.💞

why am i sad now

Well, that was how my day went by – I hope you enjoyed reading!😝

Welcome to A Curly Sue’s Ramblings! I’m Evin and this is my lil’ corner of the blogosphere- where I share my life, and what I love doing!🦋

Hop on over to my about page for more about me!

I hope you have fun looking around!💕 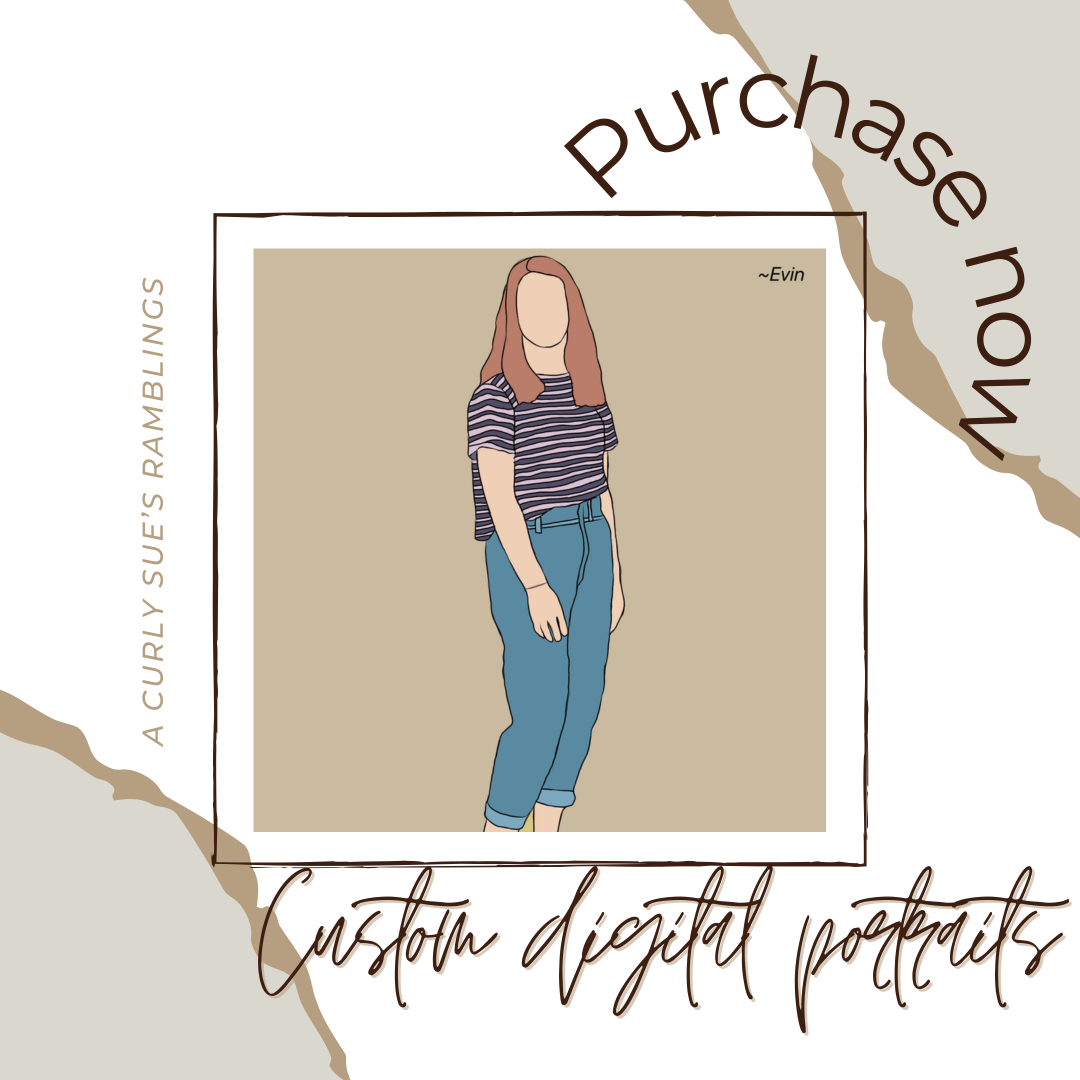 Stealing is NOT nice. all the blog graphics and posts are mine and mine only. Do NOT copy my designs or my content.

Everything on this blog is copyrighted to Evin @A curly Sue’s ramblings.